We explain what the mandala is, its characteristics, what types exist and its therapeutic benefits. Also, mandalas to color.

What is the mandala?

The mandalas or mandalsa (Sanskrit word that translates “circle”), they are some kind of symbolic diagrams, common in Hinduism and Buddhism, which represent the macrocosm and microcosm through a set of concentric circles and recurring patterns.

This type of drawing was used in ancient times in sacred rites and as an instrument for meditation. They could be drawn on paper, painted on murals, or built into the ground through the use of powders and stains.

A mandala, in particular, is a representation of the universe as an organized and harmonious whole, whose universal forces converge at certain points, promoting concentration and inner journey, that is, towards the microcosm of the human mind. In general, these representations consist of a square space within which there is a circle, and those that abound with forms, lines, silhouettes and allegories.

In addition, these diagrams are linked to the idea of ​​perfection, symmetry and equidistance, that is, the balance and the eternal return of nature.

That is why the Hindu and Buddhist religions saw in them an ideal symbol of their beliefs, which on the other hand are not unique or exclusive to humanity: that is what the ancient Greeks represented with the ouroboros, the snake that bites. The tail. In addition, in other artistic traditions, such as the medieval Christian or the Chacanas of the pre-Hispanic Andean world, very similar shapes and symbols occur.

This apparent universality of the mandala was what led the Swiss psychoanalyst Carl Gustav Jung (1875-1961) to consider them as suitable expressions of the collective unconscious and of the processes of individuation or psychic construction of the individual.

See also  Hierarchy - What is it, meaning in society and companies

There are many supposed popular classifications of mandalas, which are fixed on their supposed origins (Buddhist, Aztec, mudra, etc.) or that propose an interpretation according to their colors, but all of them are actually later and contemporary imaginations, the result of popularization. of these drawings as a meditative tool in the West.

Actually, there are two forms of diagram in the Sanskrit tradition:

A clear example of this difference are the yantras and mandalas used in the cult of Shakti (shriyantra or shrichakra, “The wheel of Shri”), whose only distinction is the degree of complexity of the patterns.

For their part, the mandalas in China, Japan and Tibet are basically of two types, each of which represents different elements of the universe:

Therapeutic benefits of the mandala

Mandalas became fashionable in the West in the early 21st century, as a meditative tool that facilitates introspection. Entire books of mandalas for painting and coloring are currently published, and their use has the virtue of not requiring the study of special techniques or having age limitations of any kind.

It is enough that the person surrenders to illustration and their own creativity, so that lower your stress and anguish levels through a moment of absolute present, very similar to what meditation aspires, although through different techniques. 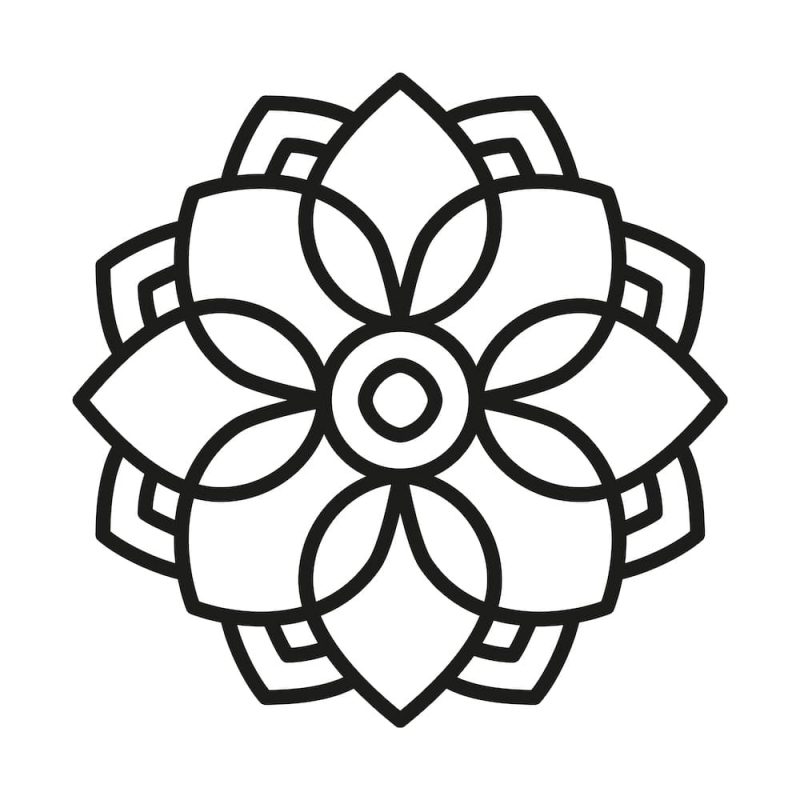 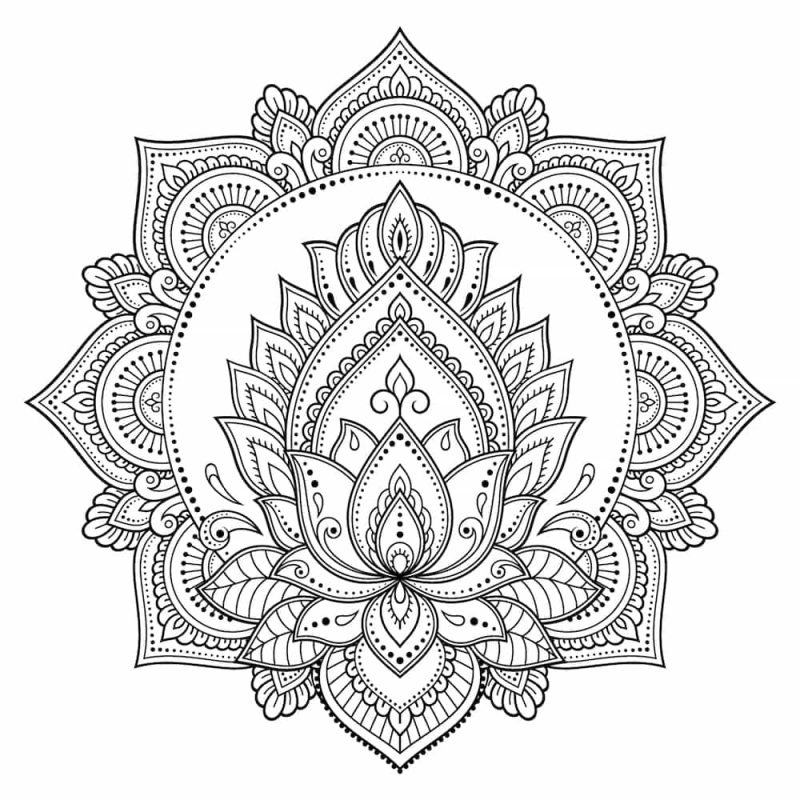 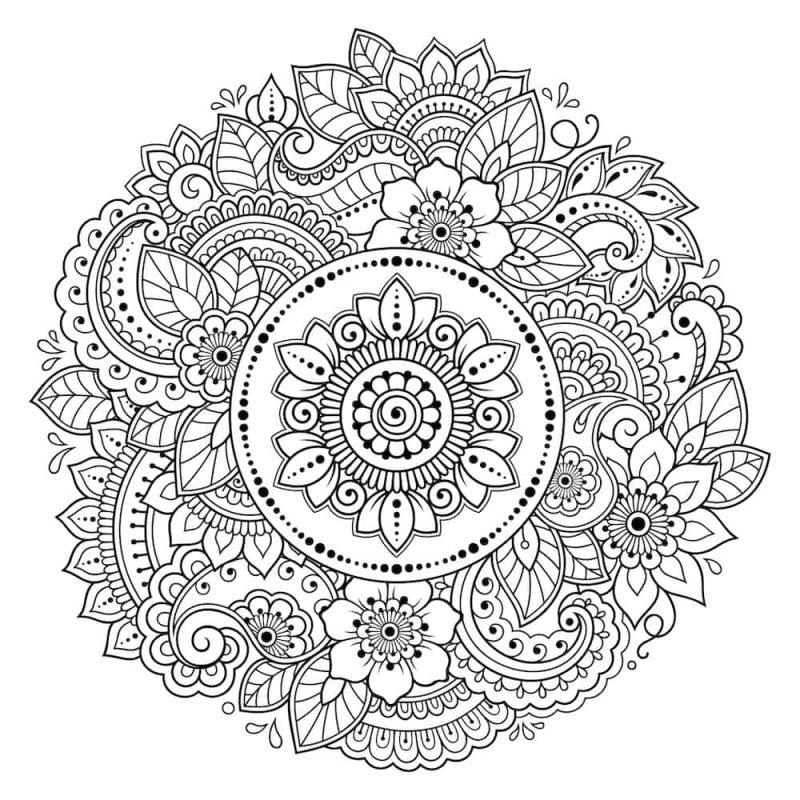 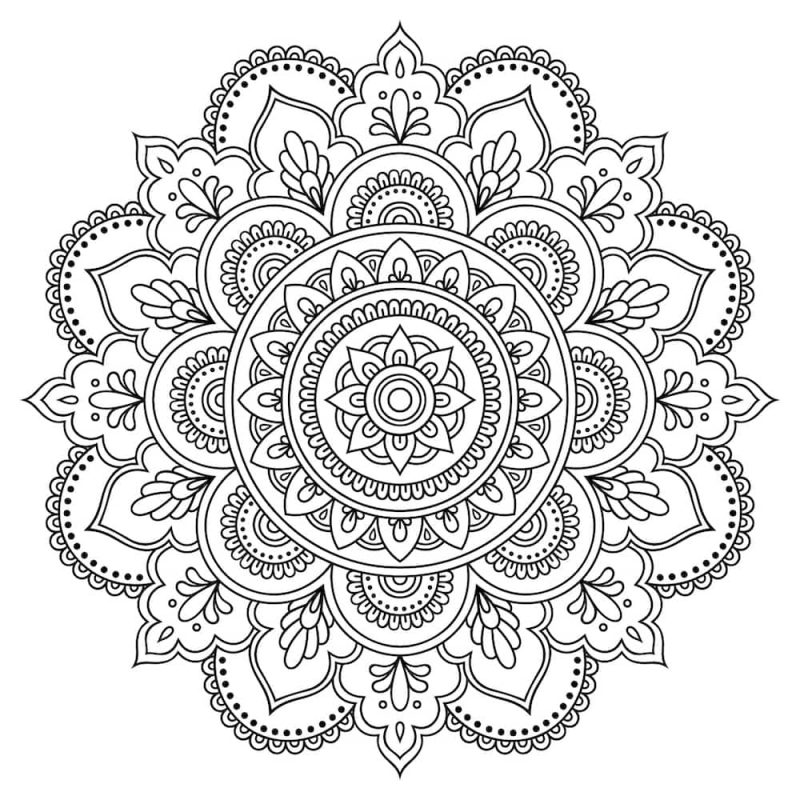 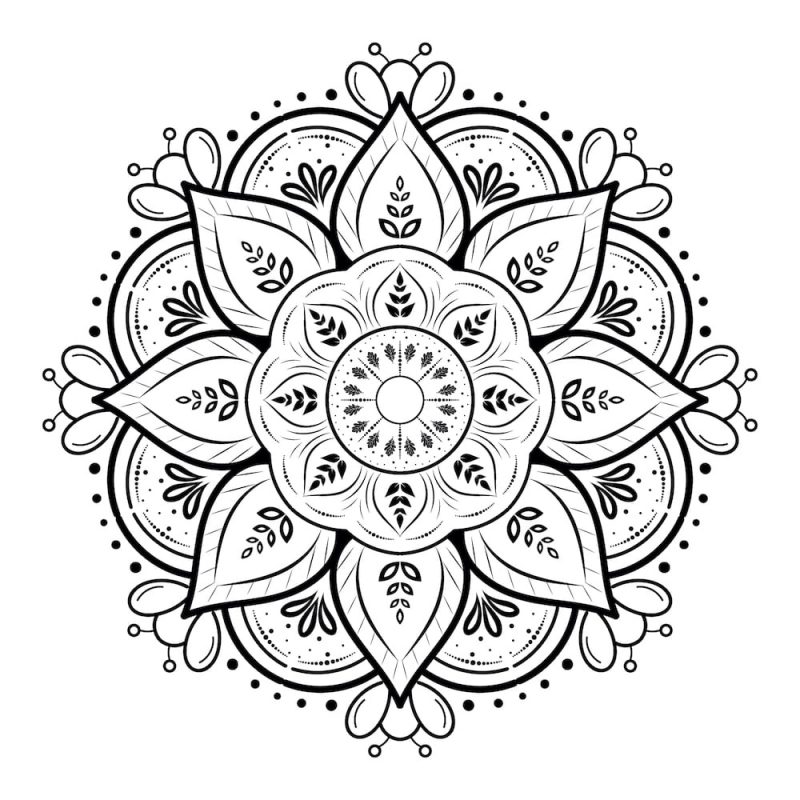